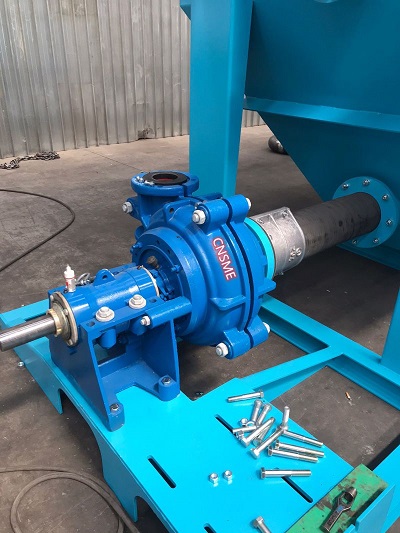 In the classification of pumps, according to their slurry delivery conditions, we refer to pumps suitable for transporting liquids (mediums) containing suspended solids as slurry pumps. At present, the slurry pump is one of the indispensable equipment in various technological processes such as ore beneficiation, coal preparation, desulfurization, and filter press feeding. As people pay more attention to environmental protection, the sealing of slurry pumps is also being paid more and more attention.

The expeller seal of the slurry pump relies on the pressure generated by the expeller to achieve the sealing effect. This sealing method is employed when the user is short of water resources.

Therefore, in the selection of the slurry pumps, not only the pump performance specifications must be considered, but the selection of the shaft seal is also very critical. Selecting the suitable shaft seal for slurry pumps, based on the characteristics of the transported medium at site and the working conditions, will extend the reliable operation time of the pump and reduce the down time caused by the replacement of shaft seal. In this way, not only the total ownership cost is very much reduced, but also the working efficiency is greatly improved.