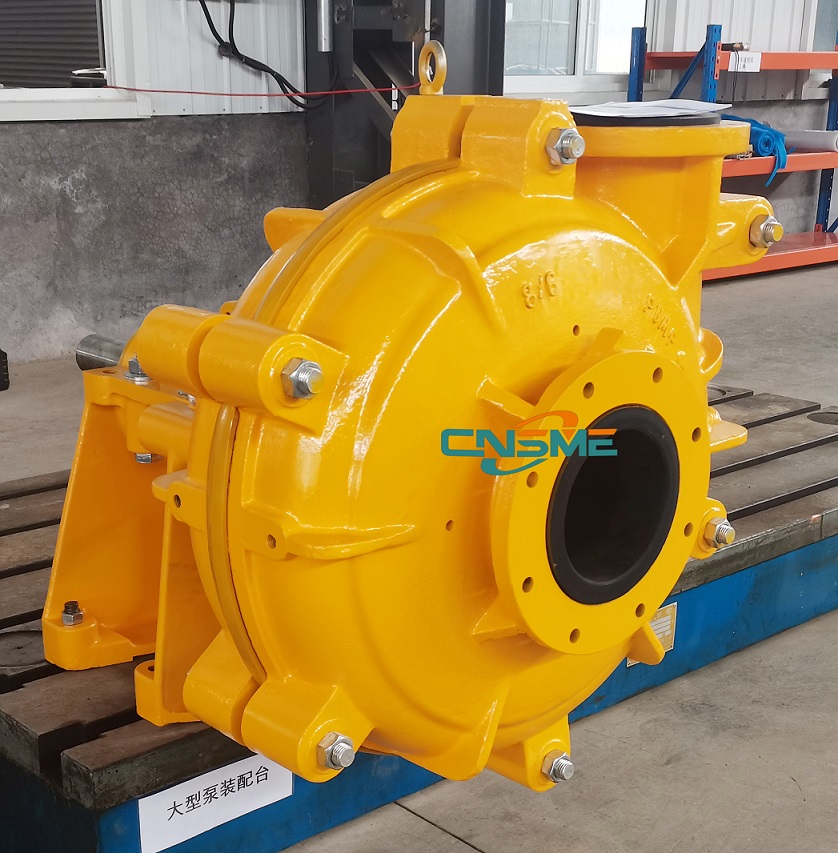 (2) Insufficient lubrication of the sealing surface causes dry friction or roughness on the sealing end surface.

Horizontal slurry pump: Sufficient cooling water should be provided.
Submersible sewage pump: The height of the lubricating oil surface in the oil chamber should be higher than the sealing surface of the dynamic and static rings.

(3) The rotor vibrates periodically. The reason is that the misalignment of the stator and the upper and lower end caps or the imbalance of the impeller and the main shaft, cavitation, or bearing damage (wear) will be caused. This situation will shorten the seal life and cause leakage.

Solution: The above problem can be corrected according to the maintenance standard.

Leakage due to pressure

Solution: When assembling the mechanical seal, the spring compression must be carried out in accordance with the regulations, and it is not allowed to be too large or too small. Measures should be taken for the mechanical seal under high-pressure conditions. In order to make the end face force reasonable and minimize deformation, materials with high compressive strength such as cemented carbide and ceramic can be used, and cooling and lubrication measures should be strengthened, and driving transmission methods such as keys and pins can be selected.

(2) Mechanical seal leakage caused by vacuum operation. During the start and stop of the pump, due to the blockage of the pump inlet and the gas contained in the pumped medium, it may cause negative pressure in the sealed cavity. If there is negative pressure in the sealed cavity, Dry friction on the seal end surface will be caused, which will also cause air leakage (water) in the built-in mechanical seal. The difference between vacuum seal and positive pressure seal is the difference in the directionality of the sealing object, and the mechanical seal also has its adaptability in one direction.

Solution: Adopt a double end face mechanical seal, which helps to improve lubrication conditions and improve sealing performance. (Note that the horizontal slurry pump generally does not have this problem after the plugging of the pump inlet)

There are still unreasonable places in the design, selection, and installation of mechanical seals.

(1) The compression of the spring must be carried out in accordance with the regulations. Excessive or too small is not allowed. The error is ±2mm. Excessive compression will increase the specific pressure of the end face, and excessive frictional heat will cause thermal deformation of the sealing surface and accelerate end face wear. If the compression is too small, if the specific pressure of the static and dynamic ring end faces is insufficient, the seal cannot be performed.

Leakage caused by the medium

(1) After disassembly of most mechanical seals under corrosion or high-temperature conditions, the auxiliary seals of the stationary ring and the movable ring are inelastic, and some have rotted, causing a large amount of leakage of the mechanical seal and even the phenomenon of shaft grinding. Due to the corrosive effect of high temperature, weak acid, and weak alkali in the sewage on the static ring and the auxiliary rubber seal of the moving ring, the mechanical leakage is too large. The material of the moving and static ring rubber sealing ring is nitrile-40, which is not resistant to high temperatures. It is not resistant to acid and alkali, and it is easy to corrode when the sewage is acidic and alkaline.

Solution: For corrosive media, the rubber parts should be fluorine rubber resistant to high temperature, weak acid, and weak alkali.